Decentralized exchange to bring derivatives into the crypto space

I joined the company as a Product Designer and Front-end Developer. I work on their products by building the interfaces from the conceptualization phase until the development of it (Sometimes, I was involved in the front end implementation of the designs I made). I focus on creating the user experience for the exchange, add and improve features accross the app.

Before I started designing the exchange, I had a small exercise in understanding the users after getting to know the pain points I'm trying to solve.

empathizing with the users

In this case study, I've listed two of the many UI/UX challenges tackled during the design and development of MPX.

One of the main problems in building a decentralized application(dApp) was to onboard users properly since the dApp needs a third party extension to connect to the blockchain wallet via the browser. This is a common challenge for all the dApps. Some address this, some do not.

In MPX, we are not only connecting to the blockchain wallet but also enabling some tokens in the user's wallet to start trading and register the user by asking name, email, etc for regulatory purposes.

In order to tackle this problem of on-boarding, I listed all the possible scenarios which user might encounter:

couple of wireframe explorations of the onboarding

I started with the Design Process: researching, listing all the possible scenarios and exploring how to provide the best solution to reach my goal. My research involved in getting a sense of who the users were and what behaviors they'd expect out of this product.

I ended up having the onboarding process in a 3 step obtrusive modal. I chose the obtrusive way because there were certain actions which had to be performed by the user mandatorily in order to get started with trading in MPX.

There were lot of iterations done to reach the following screens. One thing which I kept in mind while designing was to provide apt information or context on each step of the modal which helps in educating users who are new to dApps. 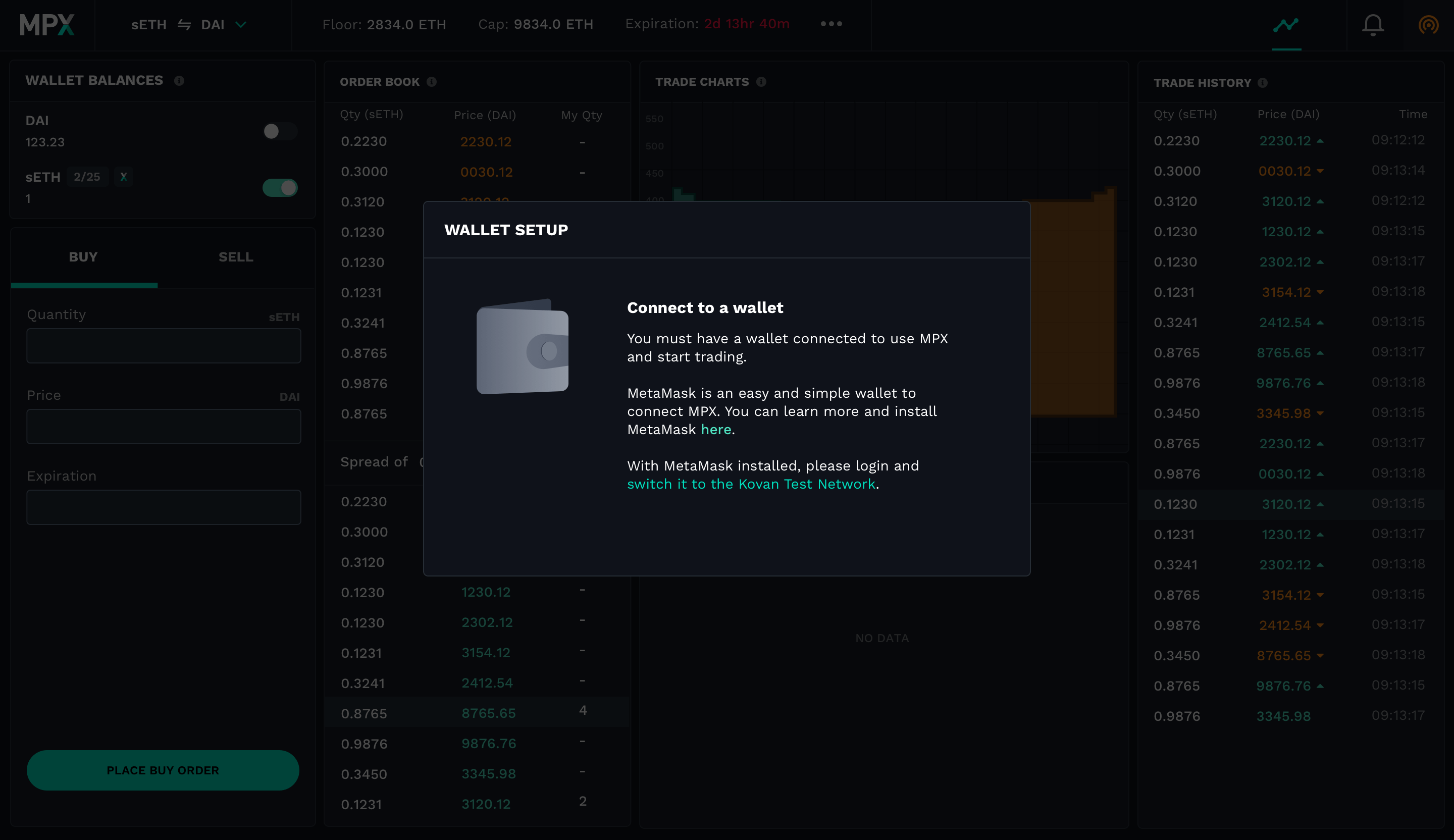 I made sure the all the solutions were user-tested before starting with the implementation. I had a quick one on one session with my internal team members which involve me in showing the mockups and collecting some feedback.

After implementing the solution, we used hotjar to track user behaviors and modified the process a bit based on the behaviors we noticed.

We also found out that after the onboarding piece was put in we were converting more users compared to the previous state of MPX which did not have onboarding. 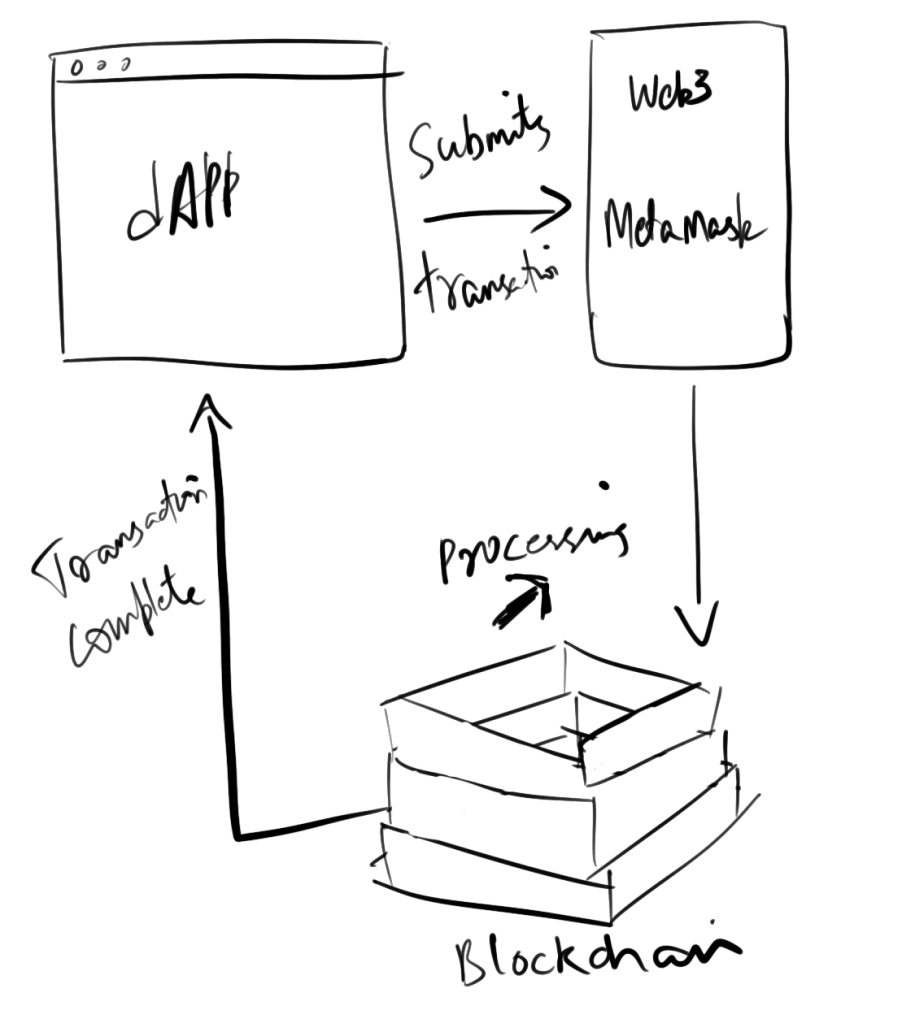 As usual, I started the design process by researching, listing out all the possible scenarios. I checked out other dApps on how they are addressing this issue. Started exploring various solutions to meet my goal and ended up with having a notification system for all the write transaction to the blockchain with the breathing indicator for the app to show some sort of event is happening in the background. 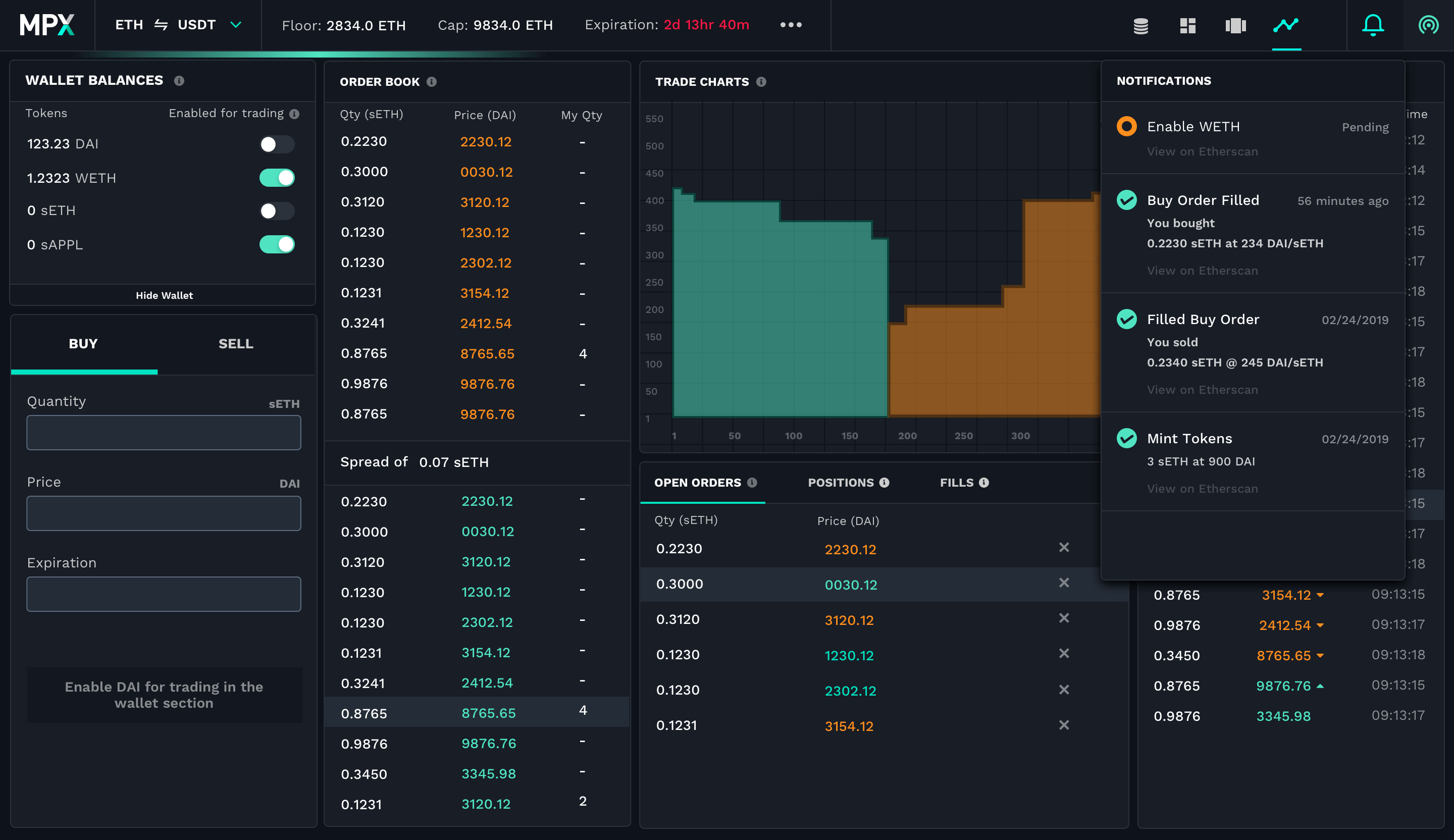 These were just a couple of the many UI/UX issues I had the opportunity to work and solve at MARKET Protocol. It was a great experience for me to address these that helped me grow a lot and learn new skills on how to handle asynchronous events and provide constant feedback. Also, It was amazing to see the work done affect users and convert more to trade on MPX.